As every year, we had a blast! I hope you really enjoyed the talks, workshops, networking and the atmosphere.

Our conference is made for the community by the community. We are all volunteers doing this in our free time, and as you can imagine, it’s quite a challenge. We like to move the conference to a new city every two years, to breathe to it a breath of fresh air. And so we moved it to Ostrava this year, under a mostly new team of organizers! As usual, many but not all of us were from Ostrava, so the organization took place mostly on Slack and over video calls. The organization usually takes as long as half a year, so now we’re enjoying a brief break until the wheel starts up again next year. :)

If you’d be interested in joining our org team, don’t hesitate to write to us at info@pycon.cz!

There were 457 registered attendees (or 498 including organizers, sponsors’ booths staff etc.) and 94 % of them have checked in at the conference.

Like last year, we offered a limited number of “Early bird” tickets. This year, we did so more than 6 weeks sooner than in 2018 and kept the “Regular” prices until 3 weeks before the event. Despite a larger venue, we sold out all tickets again, this time a few days after the “Late bird” period started.

Attendees could voluntarily reply to a few questions when buying their ticket. Here are some of the answers:

Where do you come from?#

What is your current position?#

More than 50 % of the attendees were developers. Other significant categories (over 5 %) were students, analysts, data scientists, QA engineers and DevOps engineers.

How did you hear about the conference?#

Of those that answered, 57 % have heard about PyCon CZ from their local Python community (kudos!). Another group of over 25 % of people heard about the conference from our social media (Facebook and Twitter).

From the 82 Educational ticket holders that attended, almost 44 % were attendees of PyLadies community courses and 38 % were university students.

Workshop registrations were available to everyone who bought a ticket. We started registration a week before the conference. We successfully implemented a new system of voiding registrations 10 minutes before the start of the workshop, allowing walk-ins to fill the remaining places.

As every year, we’ve put an effort into making the conference as welcoming as possible. We had a Code of Conduct in place, offered discounted tickets and financial aid, ensured venue’s wheelchair accessibility and for the first time we offered more diverse food at the event.

Again we offered tickets in 4 tiers. The cheapest were Educational tickets for students, teachers and PyLadies’ courses attendees. Company tickets were the most expensive, so we could keep the price as affordable as possible for people attending on their own budget.

Within the constraints of our budget, we tried to cover travel, accommodation and ticket prices to those who wouldn’t otherwise be able to afford it.

Speakers and workshop leaders were offered free tickets and we spent over 110 000 CZK to help finance their travel and accommodation.

We also gave out 11 additional free tickets (mostly covered by sponsors) and spent 5600 CZK to help two attendees with costs of travel and accommodation.

We sadly had to decline aid to attendees asking for larger amounts (over 400 EUR/person) as our budget was limited.

Next year, we plan to set an upper limit on grants to focus on providing smaller grants to more people. We will try to reach out to underrepresented groups in the Czech Republic better.

Both main and workshop venues were wheelchair-accessible.

Next year we aim to focus on promoting wheelchair accessibility to be more attractive to people with disabilities.

Except one talk in Czech, we kept the event international with English as the main language.

While almost 70 % of attendees understood Czech (this includes Slovak speakers) we managed to attract 30 % of people from abroad who might not be able to attend otherwise.

We plan to keep English as the main language, but we’re considering trying to attract more beginners by having an extra Czech-language programme for beginners. This should not limit the enjoyment of the event by foreign attendees, as they tend to be more advanced Pythonistas.

For 2020 we would like to promote PyCon CZ as more interesting for women speakers.

The Code of Conduct was kept the same as in the previous years, based on the Conference anti-harassment policy from the Geek Feminism Wiki page and edited to be as specific to our event as possible.

Agreeing to the Code was mandatory when buying the ticket.

Attendees were reminded of the Code in the opening speech of each day and on the badge they were wearing.

One incident regarding tasteless commentary about a different programming language during a presentation was reported this year. The reporter was assured PyCon CZ doesn’t identify with the message. In the next day's announcements, we emphasized we all should treat each other nice. The staff followed up with the presenter about the inappropriate remark. The presenter expressed an apology on their social networks after the conference.

PyCon CZ considers food as a thing that is needed to survive and not as a something that PyCon CZ would like to be known for. However, even with such a utilitarian attitude we try to improve it every year.

2019 was the first year where we made an attempt to provide more inclusive food options that would cover most common diets (including vegan and gluten-free). We gathered data from attendees about their food preferences and used that as a base for ordering of the catering.

Unfortunately, we ran out of lunches despite ordering for 10 % more people than were registered. This also meant a limited choice for people who came later for lunch. This was an error on the provider’s side. We’ve taken steps not to repeat this mistake and we apologize for the inconvenience.

After the conference, we published an online form to gather feedback from attendees. We received over 200 responses. Here are the highlights:

The three most popular talks were:

Each of these things received a positive mention by over 20 % of those who responded:

26 % of responders reported no negative issues at all. Most often mentioned issue was lunch distribution (18 % of responders), 16 % didn’t enjoy non-technical, „non-practical“ and beginner-oriented talks. Technical problems with audio/video during talks were an issue reported by 12 % of attendees.

Enjoyed and plan to come back#

94 % of respondents reported having enjoyed the conference and 83 % would like to attend next year.

We take attendees’ feedback seriously. In the end, we make PyCon CZ for them. Our own observations were similar to the reported feedback and while some of them will be harder to address than others, we will try our best to make PyCon CZ 2020 even better. Some solutions are already outlined in this post.

In the spirit of openness and transparency, we’re happy to share a summary of our budget.

We ended with a positive balance of 311 674 CZK. Most of it will be saved as a starting money for PyCon CZ 2020. The rest will be used by our non-profit organization Pyvec, z.s., for other Python community activities (PyLadies, Pyvo, Community sprints, etc.)

See you in Ostrava again!!! 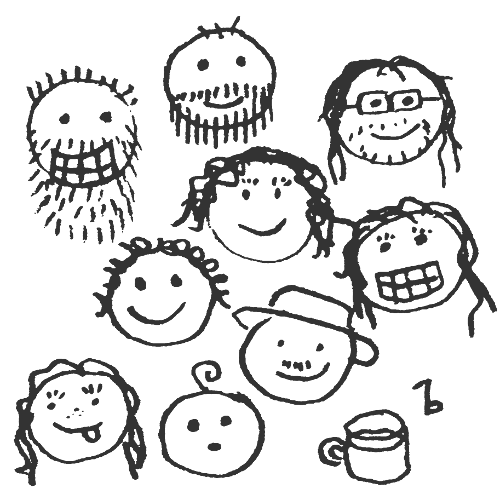